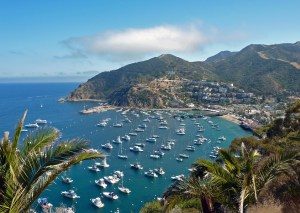 The Catalina Island Conservancy manages a herd of about 200 bison. A film company brought 14 bison to the island for a movie and left them to roam, and procreate.

The Zane Grey Pueblo Hotel was built in 1924 by author Zane Grey. The rooms are named for his books: Riders of the Purple Sage and The Vanishing American along with others.

In 1929, Winston Churchill visited Catalina Island and caught a marlin.

Between 1894 and 1898 there was a pigeon mail service between the island and Los Angeles.